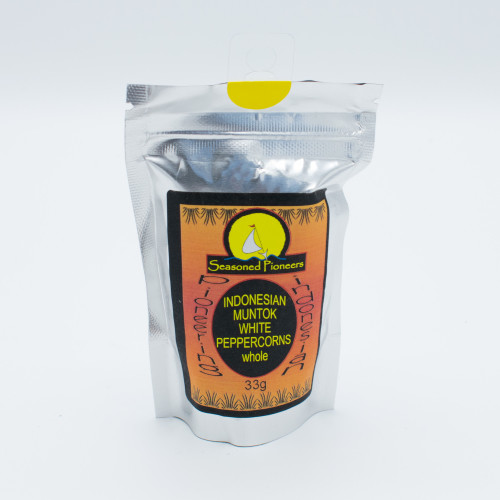 Muntok white peppercorns are sometimes described as the finest on the market!

Derived from the Muntok region of Indonesia, they have a biting hot, pungent and peppery flavour. The cultivation process involves removing the outer husk to reveal the creamy white ball inside. They grow on the same vine as black peppercorns but white peppercorns have a milder flavour.
To avoid the appearance of black pepper flecks, Asian cuisine features white pepper, as well as white sauces and potato dishes within Europe cuisine.