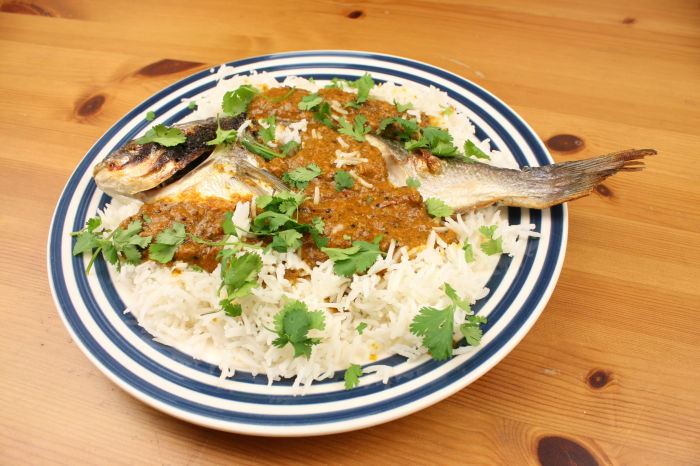 Shaped by Hindu and Muslim rule then later colonised by the Portuguese. Goan cuisine is a diverse mix of cultures and flavours. While the Hindu cuisine has remained largely the same, in Goa the other food has been influenced by the Portuguese who came to seek their fortune selling the wonderful spices and silk. Signs of these fortunes are still visible today in the rich architecture of the region.

Goan food uses a sweet and sour mix of local produce. The most important of which is the coconut of which every single part is used. Oil, milk, and the grated flesh give sweet flavour to many of the dishes. While toddy, the sap from the coconut palm is fermented and used to make vinegar to balance these sweet notes. As well as these fresh ingredients there are also spice plantations in Goa which specialise in cinnamon, cloves and black pepper.

Being a costal region seafood is the staple of most meals - from giant tiger prawns to whole kingfish - cooked in wicker huts on the beach. Pork and beef are also eaten in Goa unlike other parts of India thanks to the Christian settlers. Of course, you can't mention Goan food without talking about the infamous vindaloo. Starting out as a Portuguese pork stew with wine (vin) and garlic ( 'ahloo) it was then adapted by Indians in to the spicy dish we know of today. Goanese Vindaloo is not usually that hot as it is made with Kashmiri chillis which have a milder flavour but richer colour.

Xacutti or Chacuti is another lesser known dish from this region often made with chicken and intense spices. Our recipe has been taken from Brij Fernandes (a taxi driver whom Rafi met while on holiday), and combines the best Goanese ingredients, creamed coconut with flesh and oil, cinnamon, cloves and the addition of vinegar (we suggest cider) gives this dish real authenticity.