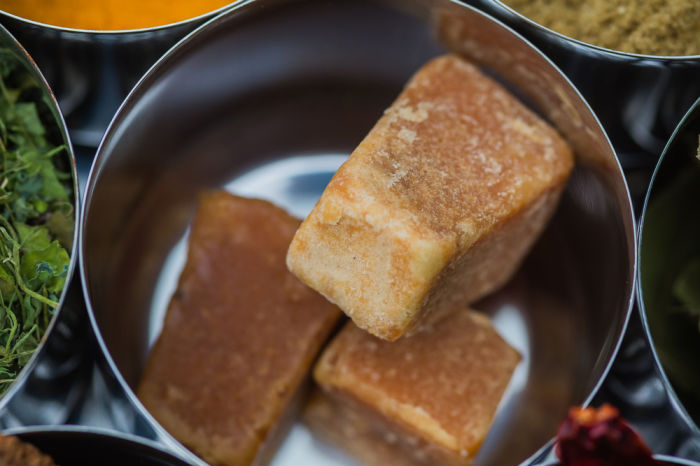 Jaggery is an un-refined sugarcane or date-palm sugar, traditionally made next to the field where it is harvested. The sap from the canes is reduced by two thirds and stirred continuously until thick enough to be poured into a cooling tank, and then formed into shapes for the market.

It has so many culinary and religious uses, as well as many health benefits, so we're really encouraging you to give this wonderful ingredient a go!

It has a similar flavour to a dark brown sugar, but has many other flavour notes depending on the recipe used. It is commonly used in both sweet and savoury dishes, drinks (alcoholic and non-alcoholic) and as a traditional Ayurveda treatment. It is also used in Gujarati Engagement ceremonies; it is mixed with coriander seeds and served to both families as part of the Gol-Danna (meaning Jaggery-Coriander) ceremony.

Jaggery provides a lovely sweetness, which brings a great balance to spicy, salty or sour dishes, and lends itself to making sweets and desserts.